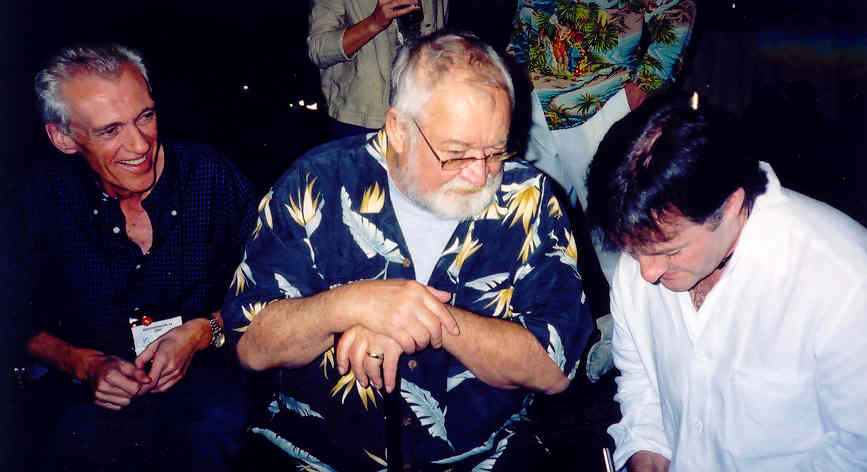 Great I/V with the Pope of Modern Irish Crime Fiction.

Didnt know that about the film of Her Last Call, if the movie is a tenth as good as the book its gonna be an all time classic.

Good stuff Mr. B and all hail the swan feeding genius of Lord Ken of Connacht.

Adrian - Well, he did all the work, really. I'm chuffed to be hosting it here, though. Couldn't even wait 'til Monday, the usual interview day, to post it.

I'm still playing catch up with the man's work, but Priest just blew me away. Such a bleak and at times heart-breakingly funny writing style. I'll be tucking into The Guards soon.

Adrian
The Bloomsday day just knocked me right out of the ball park
Was I jealous
You betcha
Just stunning
And Gerard, you give great interview and then some
best
Ken

Ken - I completely agree with you on The Bloomsday Dead.

Thanks a million for taking the time to do the interview, sir. It's been a real pleasure.

Ken Bruen is a genius, especially the Taylor books, I got Sanctuary when it came out, stopped what i was reading and read it over 2 nights, dark and emotional. Will there be more Taylor?
Looking forward to once were cops.
hopefully he will come back to No Alibis, i enjoyed that night.
Allen McKay

Thank you Mr B. you dont know how much that means to me. Gush, gush.

The Guards is a quare treat, kicks the whole genre into a different league if you want my opinion.

Digressing a bit, read any James Crumley anyone?
Probably heresy to say it, but I never seemed to enjoy his books as much as the blurbs and the general kudos he received made me feel I should.
Still it's a shame he's gone

Allen - Further motivation to get onto that copy of The Guards. Cheers, man.

Colman - I'm afraid I'm not qualified to comment, but I plan to fix that. Will get back to you some time.

Ken Bruen, a gentleman and a scholar. The James Brown of crime fiction ... Cheers, Dec

Great interview. I can't wait for the memoir, even though I typically don't read them, I'll make an exception for Mr. Bruen's

Hiya, Keith! Cheers for stopping by. Yup, I think I'll have to splash out for that one myself.