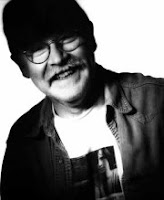 Paul Charles was born in Magherafelt, Ireland and is one of Europe’s best known music promoters and agents. He is the author of seven previous Inspector Christy Kennedy novels: I Love The Sound of Breaking Glass, Last Boat To Camden Town, Fountain Of Sorrow, The Ballad Of Sean And Wilko, The Hissing Of The Silent Lonely Room, I’ve Heard The Banshee Sing and The Justice Factory.

I’m just concluding work on the second instalment of the Inspector Starrett series, which is set in Donegal. It’s called FAMILY LIFE. I actually started work on the book the same day I completed work on the first Inspector Starrett mystery, THE DUST OF DEATH. FAMILY LIFE concerns a farming family called the Sweeney’s. All twelve members of the extended family meet upon one fine August evening on the farm to celebrate the birthday of the father Liam. I realised after I’d written the first 20 pages that I need to stop and go off and get to know this (fictional) family before I could continue writing. The getting to know them was a thoroughly enjoyable experience.

Q2. Can you give us an idea of (author’s name)’s typical up-to-the-armpits-in-ideas-and-time writing day?

I write most days. I like to write first thing in the morning, 06.30 (ish) for three (ish) hours. If I’m working on a first draft I like to go to it every day. I find it easier this way to keep up to speed with everything that’s going on. A lost day costs two days (easily) to catch up. I, my detective (and hopefully the reader) work our way through the story at the same time. At the beginning of the this process I, like my detective, and hopefully the reader, do not know “who did it, why they did it or how they did it.” We all pick up the information simultaneously. I love to try and keep my stories realistic and I find this method (not knowing) helps. I don’t work on any other writing projects while working on the first draft but I’ll happily attend to other matters, such as short stories etc while working on additional drafts. I love the space you go to while trying to catch that vital first version of the story.

I love to go to the movies. I read a lot. I listen to music a lot. I go to a lot of concerts. I walk around the scenes of my stories continuously considering the plot, thinking about characters and trying to keep my stories real.

Always serve the story. First and foremost always try and have a great yarn to tell. Let your characters and the plot rule the page; keep yourself off the page. Be careful when you cross the road. Be wary of taking advice from people you don’t know. Remember that everyone has to start somewhere and, to quote Colin Dexter, “the first line is as good a place as any.” Prepare yourself for rejection but never lose faith in your work. Mary Martin a lady with immense patience who (way, way back) used to manage Van Morrison and Leonard Cohen used to say, “Perseverance pays.”

Stieg Larsson’s amazing and highly engaging The Girl With The Dragon Tattoo - should be given out free at Underground Stations instead of The Metro.

The new Christy Kennedy mystery, THE BEAUTIFUL SOUND OF SILENCE, is published on Sept 2nd by the good people at Brandon. It’s the 9th in the series. I’ll be doing promotion on that in Ireland, UK and America and while in USA I’m going to see Ry Cooder, Nick Lowe and Jim Keltner doing a benefit concert in SFO. They haven’t played together since the Little Village days and the concert is sure to be a major treat. Then I’m going to see Jackson Browne in concert in Seattle. As soon as I’ve sent FAMILY LIFE to the publishers I’ll be starting work on the next Christy Kennedy mystery, A PLEASURE TO DO DEATH WITH YOU, which I’ve been bursting to start work on for a wee while now. Last summer I was up at the Giant’s Causeway and while there I spotted this phenomenally beautiful Indian princess. She was with her family who were busy, hyper and happy, happy go lucky all around her. She had such a powerful but sad presence as she moved gracefully through the tourists. To me she looked very sad and incredibly lonely. I started to wonder how someone with such stunning natural looks could look so sad and lost. Right there in that thought I found the genesis for A PLEASURE TO DO DEATH WITH YOU.

It’s been too enjoyable for me to want to have changed anything.

You should have asked me, “And what’s the title of your new book again, Paul?”
And if you had, I’d have replied, “It’s called, THE BEAUTIFUL SOUND OF SILENCE, Gerard, and it’s published by Brandon on Sept 2nd.”

Labels: A Pleasure to do Death With You, Family Life, Interview, Paul Charles, The Beautiful Sound of Silence, The Dust of Death