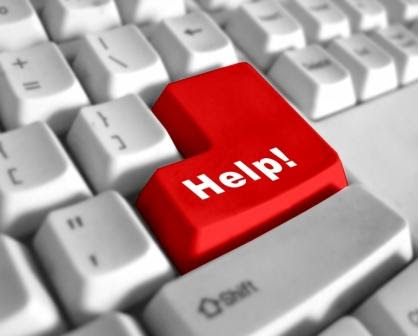 I'm updating my writing CV and if you have the time I'd like your opinion on how the statement below works (or doesn't, as the case may be). I also intend to use it on my horribly out of date linkedin profile which is why I'm happy enough to throw it up here for all and sundry to see.

In October 2006 I was selected to partake in the Belfast Creative Writers Network’s Mentoring Programme, and had the pleasure of working with the award-winning Northern Irish writer, Ian McDonald. He read a collection of my short stories and helped me improve each one over six one-to-one sessions.

Between 2007 and 2010, I have received awards from the Arts Council of Northern Ireland (Support for the Individual Artist Programme) three times to assist me in completing three novels, THE WEE ROCKETS, SHOT and FINAL SCORE. I also received funding from Northern Ireland Screen through the Script Development scheme for my screenplay, THE POINT.

Morrigan Books commissioned me to co-edit a short story anthology. REQUIEMS FOR THE DEPARTED is a collection of crime fiction stories based on Irish Myths. It was released in June 2010.

In October 2010, I performed a short one man show at the Black Box in Belfast. The play was based on my short story, AN IRISH POSSESSION which was adapted for the stage by the director, Conor Maguire.

Among numerous short story publications my most prestigious to date is a place in THE MAMMOTH BOOK OF BEST BRITISH CRIME edited by Maxim Jakubowski (Constable and Robinson), released in April 2011.

DOWN THESE GREEN STREETS (Liberties Press), edited by Declan Burke, features my article on Northern Irish Crime fiction. This collection of essays, interviews and short fiction regarding Irish crime writing in the 21st century will be published in April 2011.

I have recently signed with Pulp Press to publish my novella, THE POINT (which my aforementioned screenplay is based on) and it is set for release in October 2011.

My "Irish Crime Fiction" Google alert has been pinging me with links to this listen again link all day.

Peace in Northern Ireland and the economic boom and bust in Southern Ireland have led to a recent rise in crime fiction.

Val McDermid looks at the way real life violence has been dealt with in the work of authors including Tana French, Eoin McNamee, Ruth Dudley Edwards, Stuart Neville and Declan Hughes. We meet David Torrans - whose bookstore in Belfast has been fictionalised in Colin Bateman's series of crime novels. Declan Burke - author of the blog Crime Always Pays - takes us on a tour of Dublin locations featured in crime novels from the modern Docklands offices which inspired Alan Glynn's novel Winterland to the hotels and shops of 1950s Dublin featured in the crime fiction of Booker winner John Banville - who writes under the name Benjamin Black.


I had a listen and enjoyed it very much. It's great that the Irish crime fiction movement has garnered this level of interest. Kudos to Val McDermid for her efforts.

If you listen to the show and your interest is piqued, there's a collection of crime fiction short stories that ties into it nicely. Requiems for the Departed features stories from Brian McGilloway, Stuart Neville, Arlene Hunt and Ken Bruen, to name just those who were mentioned in the programme. It was also blurbed by Colin Bateman, 'Taut, terrifying, terrific.' and reviewed by Declan Burke at Crime Always Pays. And it was launched at No Alibis. Could it be more Emerald? How about this...? It's stories are based on Irish mythology...

Why not give it a lash?

I've also come away from my listening experience with an unsettled feeling. It's about time I was finished with my latest novel-in-progress. If I can get this ending sorted out, it might stand a chance in the publishing world. The Irish crime fiction bar has been set extremely high, though. I'm beginning to worry that I might not reach it.
Posted by Gerard Brennan at 15:00 2 comments:

(This event could well be sold out, but give Dave a call if you want to attend. You could catch a cancellation.)

will be returning to Belfast to celebrate the launch of his new novel, THE SENTRY.

We are pleased to announce that the event will take place in the Ulster Museum, Botanic Gardens Belfast.

Entrance to the event will be via the Stranmillis Road access, opposite Café Conor.

Robert Crais is the author of the best-selling Elvis Cole novels. A native of Louisiana, he grew up on the banks of the Mississippi River in a blue collar family of oil refinery workers and police officers. He purchased a secondhand paperback of Raymond Chandler’s The Little Sister when he was fifteen, which inspired his lifelong love of writing, Los Angeles, and the literature of crime fiction.


After years of amateur film-making and writing short fiction, he journeyed to Hollywood in 1976 where he quickly found work writing scripts for such major television series as Hill Street Blues, Cagney & Lacey, and Miami Vice, as well as numerous series pilots and Movies-of-the-Week for the major networks. He received an Emmy nomination for his work on Hill Street Blues.

He is most proud of his 4-hour NBC miniseries, Cross of Fire, which the New York Times declared:

"A searing and powerful documentation of the Ku Klux Klan’s rise to national prominence in the 20s."

Upon the death of his father in 1985, Crais was inspired to create Elvis Cole, using elements of his own life as the basis of the story. The resulting novel, The Monkey’s Raincoat, won the Anthony and Macavity Awards and was nominated for the Edgar Award. It has since been selected as one of the 100 Favorite Mysteries of the Century by the Independent Mystery Booksellers Association.


Elvis Cole’s readership and fan base grew with each new book, then skyrocketed in 1999 upon the publication of L. A. Requiem, which was a New York Times and Los Angeles Times bestseller . Booklist added, "This is an extraordinary crime novel that should not be pigeonholed by genre. The best books always land outside preset boundaries. A wonderful experience."

Crais followed with his first non-series novel, Demolition Angel, which was published in 2000 and featured former Los Angeles Police Department Bomb Technician Carol Starkey. Starkey has since become a leading character in the Elvis Cole series. In 2001, Crais published his second non-series novel, Hostage, which was named a Notable Book of the Year by the New York Times and was a world-wide bestseller. Additionally, the editors of Amazon.com selected Hostage as the #1 thriller of the year.

Elvis Cole returned in 2003 with the publication of The Last Detective, followed by the tenth Elvis Cole novel, The Forgotten Man, in 2005. Both novels explore with increasing depth the natures and characters of Elvis Cole and Joe Pike. RC’s third stand-alone novel, The Two Minute Rule, was published in 2006, and was followed in 2007 by

The Watchman, the first novel in the Elvis Cole/Joe Pike series to feature Joe Pike in the title role.


The novels of Robert Crais have been published in 42 countries and are bestsellers around the world. Robert Crais is the 2006 recipient of the Ross Macdonald Literary Award.

Tickets for this event are available from No Alibis Bookstore, price £5.