Cracking day, isn't it? But if, like me, you're stuck in the office for the next few hours, you could do worse than to check out a few of the notable reviews I've enjoyed this week.

Wayne Simmons on Somebody Owes Me Money by Donald E Westlake

And then there's this feature on e-publishing by Declan Burke.

But if you're outside, enjoying the sun, maybe sipping on a cool drink (alcohol optional), then more power to you. Come the fourth hour, I'm out of here. I'm only an hour away from home. Reckon there'll be time to lounge in the back garden with a Carlsberg for an hour or two before putting the kids to bed... Bliss.

Best of the Brits (and a few Irish)

Today's the official release date of The Mammoth Book of Best British Crime 8. And they're flogging it on Amazon for a measly £5.11 in paperback... And what are you getting for this sum? Here's the official info from the publisher's website:

So, come on now! Get your copy today, people. Click here.
Posted by Gerard Brennan at 09:01 3 comments:

Wayne Simmons has plenty to say about Christa Faust's Money Shot over at the excellent Dark Central Station website. I've read (and recommended) this book so I'm delighted that it's struck a chord with Northern Ireland's answer to (a young) Stephen King. At the time I read it, baby Oscar had just arrived at the Brennan household and I was in no shape to be writing reviews. Luckily, I agree with everything Wayne Simmons says in his piece.
Will this foray into pulp fiction be enough to set the cogs whirring in Wayne's twisted mind? Maybe send him to some dark, pulpy places in his next project? I do hope so.
Enjoy the review!

It Takes Two to Eightball Boogie 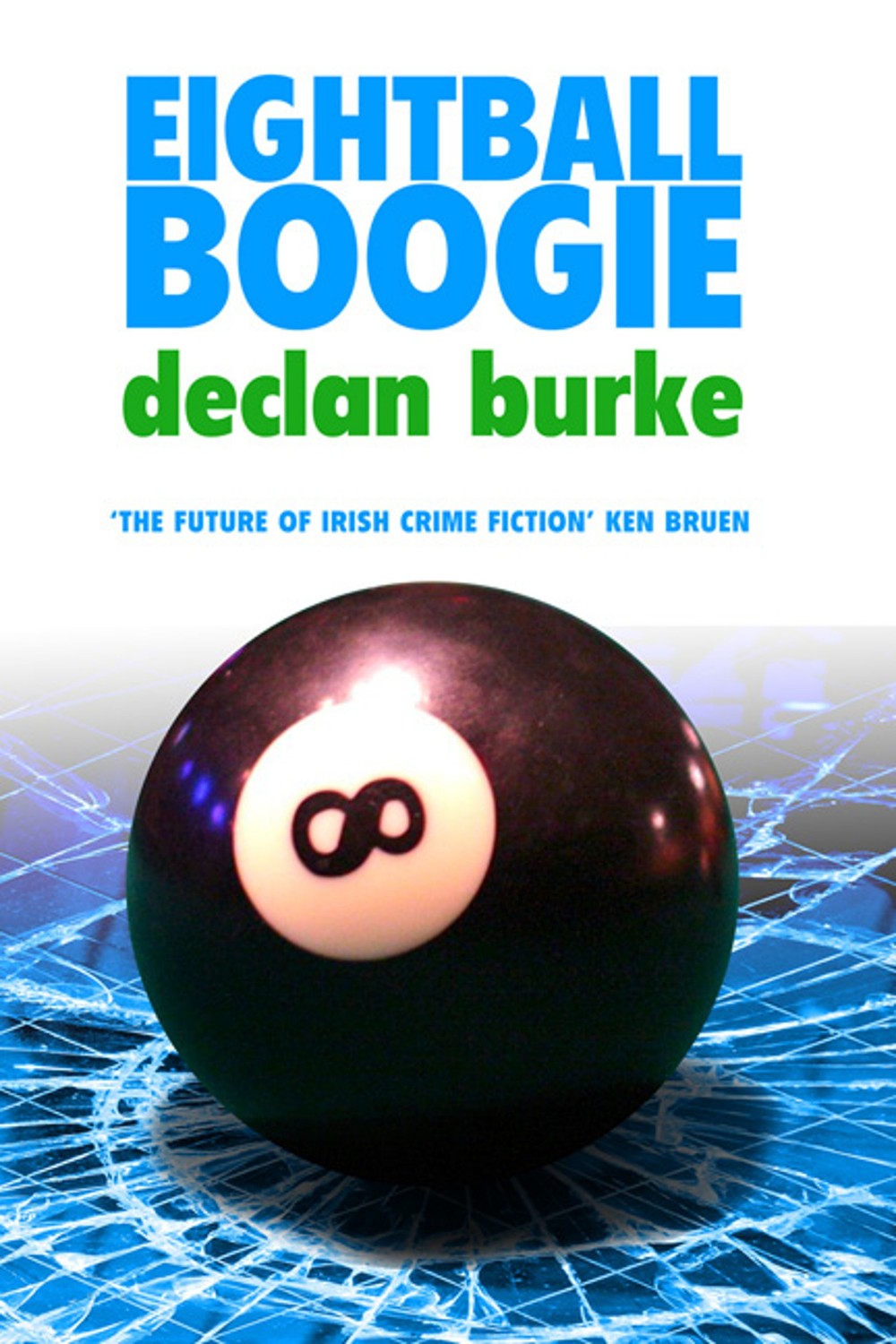 This review was first posted on CSNI in November 2008, but since the book has recently been published in e-format for the first time, I figured it wouldn't hurt to fire it up again. Please excuse any dated references. gb

Mike Stone: Hiya, mate. I finished Declan Burke’s Eightball Boogie yesterday. Give it a day or two and the dust will have settled enough for me to do a write-up. Assuming you want one of course?

Gerard Brennan: Hey, man. Yeah, I could well use a review of Eightball Boogie. Thing is, I’ve only just read it myself. And I’m kind of in the mood to review it too. Not sure what to do. I like to get other opinions on CSNI when I can, but... hmmm, what say you?

MS: Ah, you beat me to it. I was going to ask you if Dec’s anything like Harry Rigby. The dialogue – spoken and internal – just felt so natural. And there were sentences to die for. I’d give my eye-teeth to have written this one:

The shoes were Italian and suede because women look at your eyes first, shoes second, and I had eyes that made women take a long lingering look at my shoes.

You know when you asked visitors to CSNI to give you a page number and you’d recite a cracking piece of prose from Ken’s American Skin? I reckon you could do that with ­Eight Ball Boogie.

GB: Ah, man. Great question, thanks. As you know, I’m a regular reader of Dec’s blog, Crime Always Pays. Not so long ago he mentioned Eightball Boogie and how the publisher (a now defunct imprint of Lilyput Press) passed on the opportunity to buy a second Harry Rigby novel from him. Publishers, eh? What do they know? So I know there is more to come from Harry Rigby, but when we’ll get to enjoy it is anybody’s guess. I’m hoping the recent success that The Big O has enjoyed will bring with it an opportunity for Dec to launch a whole series of Rigby novels, starting with a shiny new hardcover of Eight Ball Boogie, because (and this brings me on to the second part of your question) I think The Big O rocks, but Eight Ball Boogie has a bit of an edge on it. Right, listen. Which one of us is going to write this review, then?

MS: Well, you could always stick the heading “A Wee Review” above this exchange. I daresay that McKinty fellah will have a dig and call us the Chuckle Brothers, but I can live with that. To me!

GB: Sounds like a plan, you savvy devil. To you!

Well, maybe not the best week ever. This kind of stuff doesn't surpass the births of three wonderful kids, or marrying the girl of your dreams in Cyprus (I'm a very lucky guy in the family department). But in terms of writing achievements, this is the kind of week that's up there alongside signing with my agent, Allan Guthrie, working with so many of my favourite writers as a co-editor, publishing a novella to Pulp Press and those ever-important nods from the Arts Council of Northern Ireland in the form of SIAP awards.

This week I wrote 'The End' on a manuscript that's taken over a year to get close to right (from planning to writing), received my contributor copies of The Mammoth Book of Best British Crime 8 and found out that Requiems for the Departed has been nominated for a Spinetingler Award. So frickin' sweet.

If you want to vote for Requiems for the Departed, click here.

If you want to pre-order The Mammoth Book of Best British Crime, click here.

If you want to read a recent article about me and my writing, click here.

And as if things couldn't get any better, I've read the first few chapters of Adrian McKinty's Falling Glass today. Why the hell did I wait so long to crack open that one? Well, I'll tell you why. As with all of McKinty's books, I knew I wouldn't have been able to put it down once I started it. It was already hard enough to open that damn manuscript I was working on every night after the kids went to bed (every night? Really, Gerard? ed.). I didn't need to make it even easier to slack on it. (Shut up, ed. gb.)
Posted by Gerard Brennan at 14:56 11 comments: