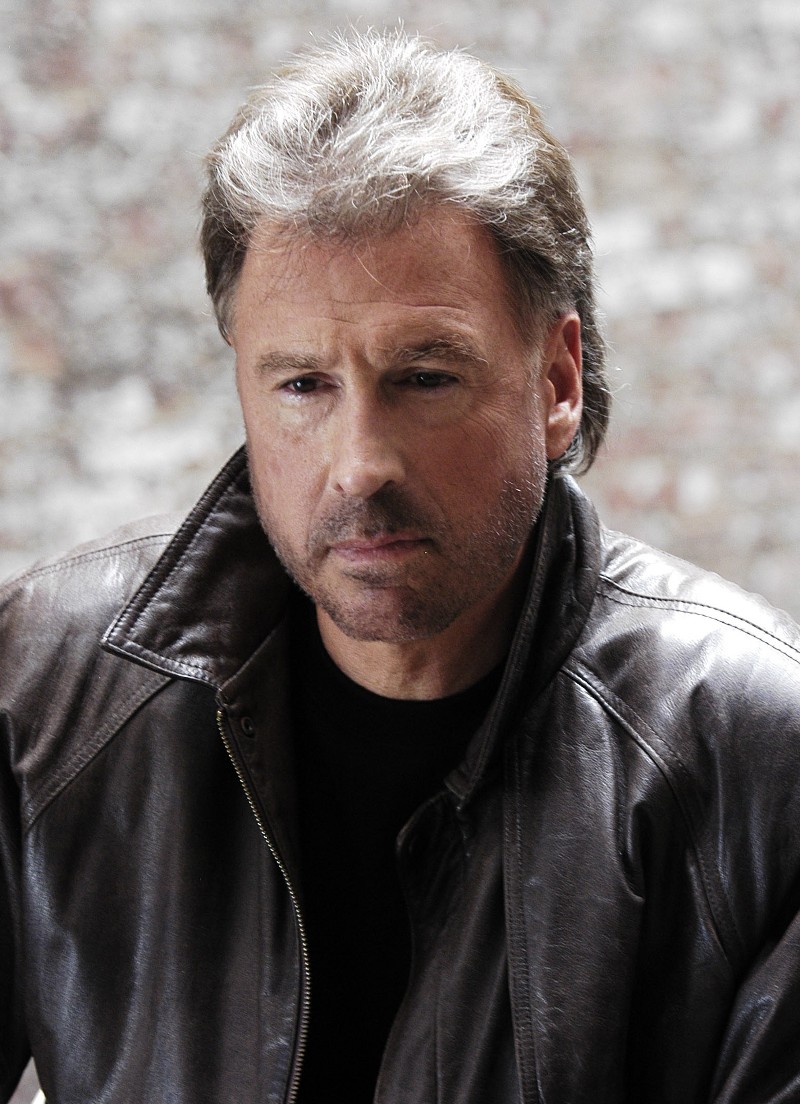 Thomas Fitzsimmons didn't need to go to the public library, interview participants, or hire a team of high-priced researchers to write gritty stories. For Fitzsimmons, a former New York City police officer, NBC television personality, Ford Model, and soap-opera/TV commercial actor, business associate and friend to some of the country's most rich and famous, it was as simple as recalling his life.

Fitzsimmons, who has written two novels, a memoir, a short story collection, and three screenplays has sold stories in Esquire Magazine, and New York Magazine. He has optioned film treatments to Doug Wick, Academy Award wining producer of "Gladiator," to the actor Ray Liotta and Larry "JR" Hagman's Majlar Productions.

I’m writing a third book with the “confessions” theme. First there was “Confessions of a Catholic Cop,” then “Confessions of a Suicidal Policewoman” (coming soon!), and now “Confessions of a Celebrity Bodyguard.” Since I’m a former New York City cop who comes from a family of cops, and have been a bodyguard to A-list celebrities for the past 20years (the last nine spent bodyguarding Catherine Zeta Jones and Michael Douglas), I guess I’m uniquely qualified to write these types of books.

Can you give us an idea of Thomas Fitzsimmons’ typical up-to-the-armpits-in-ideas-and-time writing day?

Since I’m on call 24/7 when CZJ & MD are in town, I’m forced to structure the days I’m free to write. I rise around 5:30 a.m., read the New York Times, and drink about six cups of coffee. Then I answer emails, speak to my identical twin brother (a retired cop; we speak every day), eat breakfast. I’m usually at the computer by around 8 a.m. at the latest. I’ll work non-stop until around noon, break for a sandwich, then back to writing. I knock off around 4 p.m., head down to the gym for a workout. Shower. Shave. Off to a pub for a pint or two followed by dinner at one of Manhattan’s fabulous restaurants.

As mentioned above, I’m a full-time bodyguard and private investigator. The bodyguard work can be most challenging. Unfortunately, there are a lot of crazies in the world (they grow on trees here in New York) and my team and I must be alert and ready for anything and everything; from insensitive, overzealous fans to predatory stalkers.

How about I quote Stephen King? “Fiction writers, present company included, don’t understand very much about what they do—not why their writing works when it’s good, not why it doesn’t when it’s bad.”

Write what you feel, what you believe, what you’ve lived.

And every aspiring writer should read the “Elements of Style” by William Strunk, Jr. and E.B. White.

I read several books at once: “Alone” by Lisa Gardner, “Early Autumn” by Robert B. Parker, and “Eightball Boogie” by Declan Burke.

I plan to keep writing as long as the ideas keep flowing. Seeing that I’m of Irish decent (Cavan, Donegal) and grew up in the Woodlawn section of the Bronx, I never seem to be at a loss for the blarney.

Also, I’d like to be a snowbird someday, live and write on a sunny beach in the winter, be home here in Manhattan in the summer.

I wished I’d started writing seriously earlier. But I was too occupied with women and beer—still am to a lesser degree. I wish I hadn’t listened to early critics who advised me to write for the marketplace—no author should.

Since the book business is subjective, the worst thing about being a writer is dealing with publishers. When my publisher Tor/Forge published “City of Fire,” which I have re-released as “Confessions of a Catholic Cop,” they published another book by the same title, with a similar theme, and similar cover art at the same time. When I objected, the publisher insisted that having the two thrillers in the same mystery/thriller sections in book stores at the same time wouldn’t be a problem, that there’d be no conflict. They, of course, were dead wrong. There’s also the fact that an author is forced to deal with the publisher’s totally overworked and grossly underpaid editors, marketing and public relations people. There’s no way they have the time to “get behind” a book.

Anything you want to say that I haven’t asked you about? -- What’s it like to be an A-list bodyguard?

It’s a high pressure job. The hours are brutal. You must be vigilant; watch everyone, trust no one. What makes my job worthwhile are my clients. I happen to work for decent, thoughtful, down to earth people who put their family first and above all else.

Than you, Thomas Fitzsimmons!

CJ Box is the author of nine novels including the award-winning Joe Pickett series. He’s the winner of the Anthony Award, Prix Calibre 38 (France), the Macavity Award, the Gumshoe Award, the Barry Award, and an Edgar Award and L.A. Times Book Prize finalist. Box was named 2007 Writer of the Year by the Rocky Mountain Fiction Writers. His short stories have been featured in America’s Best Mystery Stories 2006 and limited-edition printings. The novels have been national bestsellers and have been translated into 13 languages.
Posted by Gerard Brennan at 14:39 3 comments: