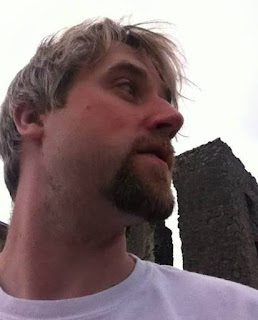 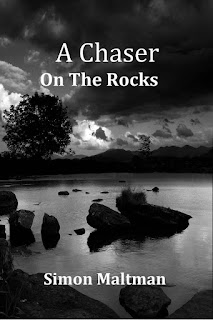 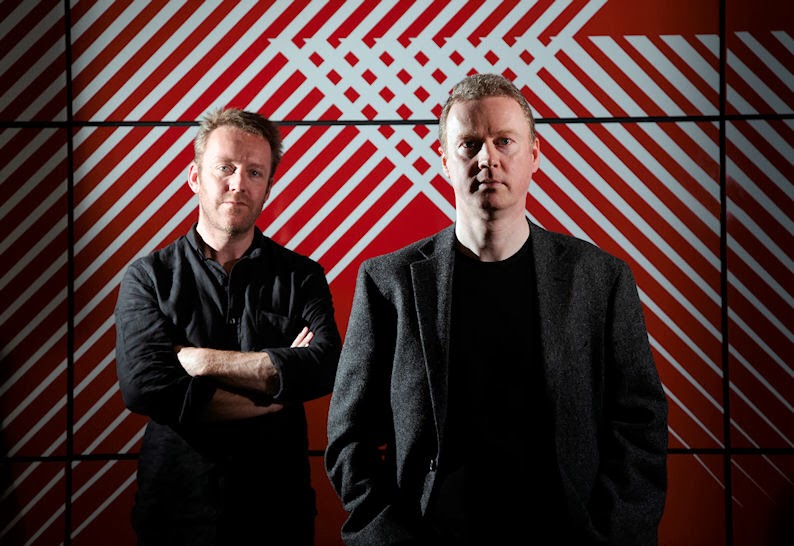 I'm sad to see Blasted Heath go. Not just because they've published a lot of my books (three novels, three novellas and a short story collection), but also because they've published so many great stories from a great bunch of writers. I read fantastic work from Anthony Neil Smith, Ray Banks, Heather Hampson, Elaine Ash, Nigel Bird, Damien Seaman, Gary Carson, Len Wanner... as I list these names I remember their worlds, and I hope to read many more of their words in the future.

Quick shout out to the Heathens above: sorry if I've missed anybody. I read a lot, and some of those books might be tucked behind another memory.

But the real point of this post is to thank Al Guthrie and Kyle MacRae for helping me reach readers. It's been a Blasted blast indeed. Thank you, good luck, and don't forget to write/email/Tweet. Do either of you still do the social media? It doesn't matter. You guys rock and always will.

Here, remember I got that Heathen tattoo? Still don't regret it, feckers. And it's not wrinkly yet. 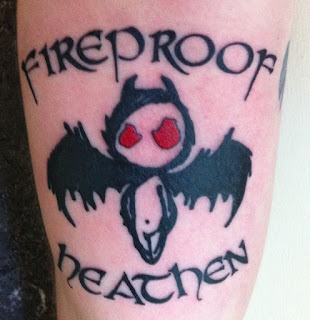 Anyway, the books are going to be available for a few more days, I think. You can't keep good talent down, so they won't be unavailable for ever, but if you want the Blasted Heath version of any of their great titles, you need to move your hole. I'm no mathematician, but you can get my entire Blasted Back-list for less than a tenner. I think. Somebody else can run the numbers and let me know for sure.

Heathen love, peeps. Watch this space for news of future projects. You'll know when I know, and right now I know sweet feck all.

Keep 'er lit.
Posted by Gerard Brennan at 15:34 No comments:

Here and Gone by Haylen Beck

Here and Gone, Stuart Neville's first novel under the pen name, Haylen Beck, will be published by Penguin in the summer. I was lucky enough to get my hands on an advanced review copy. The novel marks a new direction for the Northern Irish crime writer, and I delighted in following it.

The novel is set in Arizona, a far cry from Belfast, the backdrop usually favoured by Neville. And it's an idea that's simply too big for the wee city. In the opening chapters we learn that the protagonist, Audra, is driving across America to escape her abusive husband. She's about to start her new life, with her kids safely in her care. But an encounter with the law in a dying town in Arizona results in Audra's worst nightmare. Her children were here, and now they're gone. And the world is convinced that she's to blame.

While writing as Haylen Beck, Neville makes great use of the talents he honed in writing his Belfast-set books. The multi-POV narrative, and glimpses into the minds of the villains as well as the heroes, are delivered in short, breath-taking chapters that spur the reader on to make one more cup of coffee and read just three or seven more passages. The work isn't as dark as the preceding Neville canon, but it's going to get your heart pumping with suspense and well-placed action.

To be honest, I feel sorry for the readers who have to wait another three and a bit months to get their teeth into this one. Keep an eye out at your local independent bookstore for copies of Here and Gone that slip through before the release date. And thank me after you've read it. I know it won't take long.
Posted by Gerard Brennan at 15:23 2 comments:

The Blue Boy of Glenmore, by Joe Brennan 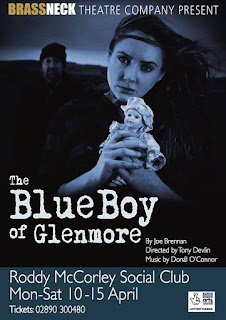 It's getting closer. My dad's latest play. I'm really looking forward to seeing this one. To date, I've only read the script. Seeing it, with the high standard of acting long associated with Brassneck Theatre Company, will make for a fantastic experience. And yeah, all right. Because I'm family, it's likely I'm biased, but I know that of the four plays he's written on his own since we co-wrote The Sweety Bottle, this one best showcases Joe Brennan's strengths as a playwright. Can't wait to see how Tony Devlin's vision of it comes out on the stage.

Check out the Brassneck Theatre Company website for updates on venues, ticket sales, etc. If you can't make the opening run at the Roddy McCorley Social Club you might find a tour venue that suits.

So did you click it? Go on. Need more convincing? Check out the pitch:

Jemmy John is a tortured soul. The sheep on the glen and the farm are his life, but his younger sister Colleen yearns for something much more.

With the help of a local car mechanic, Colleen is determined to escape Glenmore for the chance at a better life... but her older brother Jemmy is having none of it! The life-long conflict between these sibling rivals is the catalyst that ignites the shocking events that unfold.

An absorbingly haunting and sensational dark-comedy, 'The Blue Boy of Glenmore' is a truly unmissable piece of theatre from the multi award-winning Brassneck Theatre Company, who brought you 'The Holy Holy Bus', 'Man in the Moon' & 'A Night With George'

Now click the link.
Posted by Gerard Brennan at 11:37 No comments: