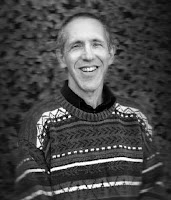 Peter Clenott seems to be the type of guy who does his own thing. The rascal even had the audacity to reword my interview questions and wrote a bio in the first person! However, since he's been writing for longer than I've been breathing, I'll allow it this once. The fact that he's sent me a free hardcover of his recently released novel, Hunting The King, is just gravy. Take it away, Peter!

BIO: I was born in , along the Atlantic Ocean in . I didn’t begin writing until I graduated college, in the age of notebooks and typewriters. Wanting to live in the big city, I moved to and somehow found myself in the non-profit world, helping homeless families find affordable housing. It took me 34 years of rejection slips to finally find a publisher and get my first novel published. In the meantime, I got married and picked up three kids who are looking to their father to support them better than he has been able to so far. Here’s hoping.

My latest novel, which I am writing on lunch breaks, is called . It is a departure from what I have been doing. It focuses on Jesse Westcott, a young black girl growing up near in the American south of the 1940s and 1950s. After a traumatic event, she moves north, completes her education at a prestigious institution. She wants to move to and become a novelist. Instead, she is recruited by a former lover to join the US State Department. She is assigned to the in 1960 at the time of that nation’s independence. The follows the descent of the into decades of chaos at the same time the UNS is going through its own period of racial unrest. I am hoping this is Oprah material.

It certainly isn’t the typical writing day. I work two jobs to support my family and at this time can only write during lunch breaks or during my weekend overnight job or whenever I can sneak on the computer without my boss looking. Like now. I don’t think this is how Hemingway did it. My current novel is fully outlined at least, so I can generally move quickly when I have the chance. I start the process by rereading whatever I wrote yesterday to build up momentum into today.

Unfortunately, working. I have my 8 to 4:30 Monday through Friday job and my overnight job on Friday and Saturday nights. Then I have my kids. I enjoy sports, movies, dining out, but rarely get the chance these days. Now I need to promote my published novel as much as possible, so that is an added task that gets squeezed in somehow.

You’re asking someone who took 34 years to break in. I think things would have been easier for me had I been aware earlier in life that I wanted to be a writer. I would have gone to a college better prepared to take the right course of studies and to better use alumnae who had entered the writing field ahead of me. Contacts seem to be so important. If you entered the field of journalism, the fact that you write professionally is an important inroads to an agent or publisher. When you send a cover letter to an agent of publisher, you generally try to state something about yourself that would leap out at the person you’re trying to attract. If you’re writing a crime novel and you’re a cop, for example, that helps. I think in crime fiction more than in any genre, you have to create a uniqueness of character or plot, something that will stand out from the crowd of very talented writers who are also trying to break in. I have a published novel but I just got another rejection slip from a publisher because I don’t yet have an agent. Certainly, you have to persevere, be willing to have your work critiqued, and be willing to listen to that criticism. Kunati Books, my publisher, is very open to first-timers with cutting edge material. They have published crime stories, so try them.

I have little time to read for pleasure these days. I am reading two books that are research material for my current novel. I am also reading a detective novel from a friend JB Kohl, who is also trying to break into the business. My publisher, Derek Armstrong, whas written two crime novels. His latest is MADicine. That’s why you budding crime writers should consider sending material to him.

In order to do justice to my novel , I am reading a book by Thomas Kanza, who was a Congolese politician at the time of independence and another book by Larry Devlin, who was CIA station chief in . JB Kohl, aka Jennifer, is a writer I met while trying to promote my novel. We struck up a friendship and she has sent me her latest novel to read. I am doing that just after the kids go to bed and just before I do.

Hoping to get out of debt and become a writer whose name people will remember. After I intend to write a story about the Puerto Rican nationalist who shot up the House of Representatives in 1953. It will be called COMRADE LOLITA. If any of my books are made into film, I will be looking to occupy the casting couch.

I would have done things differently had I known, as a teenager, what I wanted to do. But most teenagers don’t. Maybe I would have gone into journalism as an inroads into the writing field. But that’s all retrospect. I can’t change what happened. All I can do now is keep writing and hope that HUNTING THE KING opens doors that were and have been closed to me up until now.

Writing can be very discouraging. Trying to get recognition, at least. I don’t know if anyone has worked as hard and as long as I have to make it. I’m sure they are out there. Don’t give up. I understand the frustration and bitterness of the struggling writer as much as anyone can. That I finally made it should give cause for hope for all of you others out there. People like Gerard and the community of writers and readers they generate are very important. Join that community. Believe in yourself and your work and never stop.

Thank you, Peter Clenott!
Posted by Gerard Brennan at 20:27

Hats off to you, sir. That's incredible persistence.