UNDERCOVER Paperback (and some tl;dr economics) 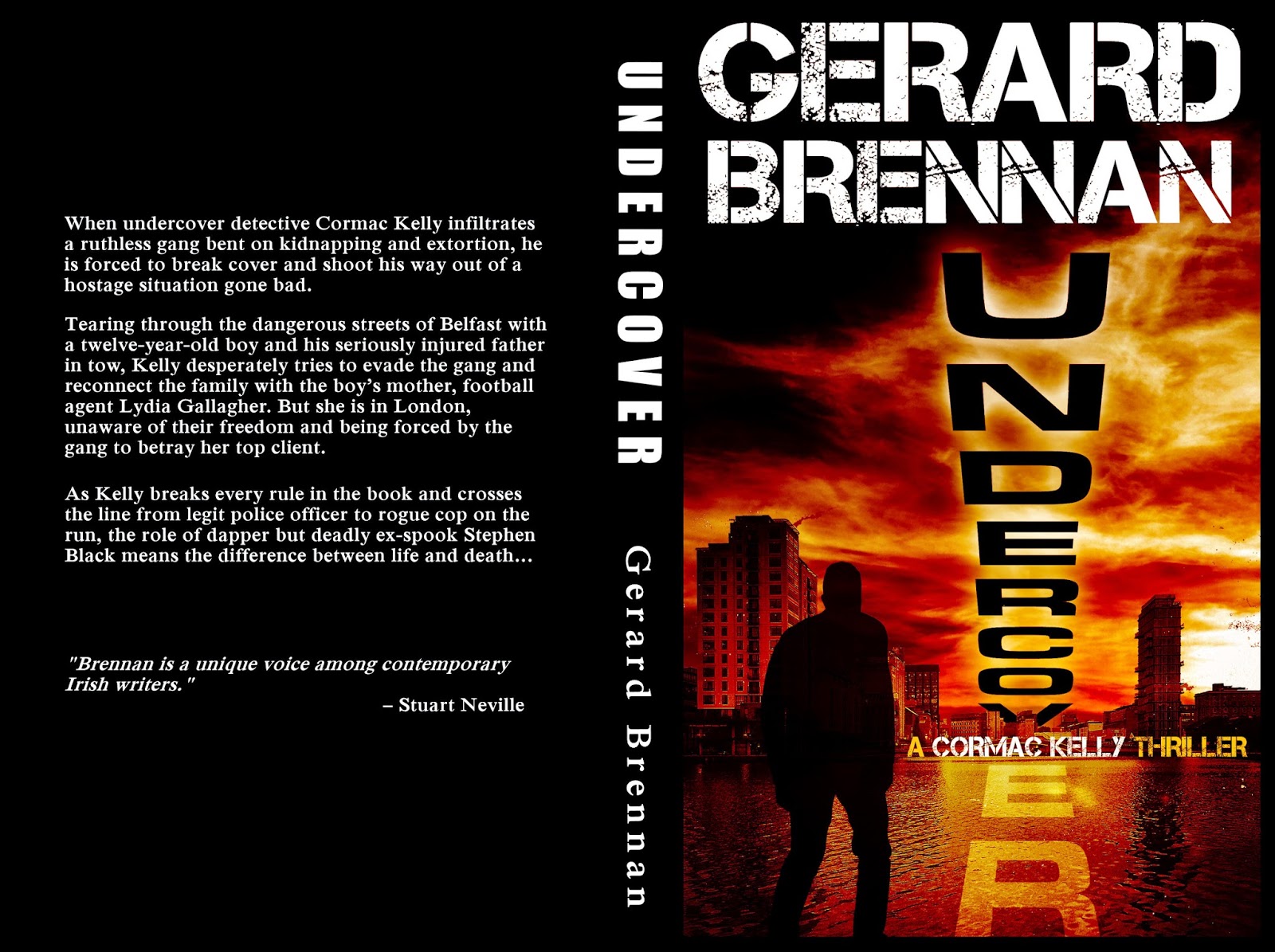 The one question I constantly get asked about my books is, "Where can I buy the paperback?" If you're a local (local to me, at least, or within a reasonable drive to Belfast), the answer is easy. No Alibis Bookstore, all day long.

Here's the thing, though. Most of the people who ask me, don't go to bookshops. Usually they're just asking me out of politeness.

Now, I've worked with (and had a publisher or two work on my behalf with) the larger chain stores. They're not even entirely massive chains, but once you start introducing managers and people who work with spreadsheets and guys with calculators glued to their hands (not a criticism -- some of these people could lose their job without that stupid digital abacus), then things get complicated. And I have a complicated enough life. I'll not chase down some accounts payable keyboard monkey to claim the 50p I'm owed for the one title of mine they sold some time last year.

So, as magical as it is to walk into a random shop and see that my title has been stocked without me having to stalk half of the store's workforce, I'm not going down that avenue with UNDERCOVER.

Here's what I'll do instead:

I'm going to ask No Alibis to carry a small number of copies of UNDERCOVER for me (and hope that Dave is cool with this). And that's it. If you don't want to deal with Amazon (a word I don't use in independent bookstores for many of the same reasons that I don't drop C-bombs in chapels or churches), you have to deal with No Alibis. This will happen in October(ish). I haven't decided whether or not to sort out an official launch yet. I've a feeling the No Alibis BELFAST NOIR launch (date to be confirmed) will be adequate. But we'll see.

The other thing I'm going to do, is purposely make the book more expensive to buy via CreateSpace/Amazon. It'll be set at a 9.99 RRP. No Alibis will sell SIGNED copies a little cheaper.

But here's the thing. Just to get things moving a little, I'm going to allow it to sell at £8.99 for a few days. So, if you want a slightly cheaper copy... go here today and pick it up.

This isn't any grand marketing scheme or a well thought out financial tactic. I simply priced it incorrectly by mistake when I set up the Amazon page. Take advantage of my hamfisted generosity.

All the above applies to copies sold in the UK, I should say. I'm not great with conversion rates and whatnot, so if the price of the paperback version of UNDERCOVER looks particularly inflated in your territory, let me know. Chances are my deficit in knowledge of global economics is to blame. Also, if it's worth my while and not a fucking rigmarole, I'll try to work something out for book festivals, but if you want me to start printing off invoices and all that shite just so you can not pay me for over a year, don't expect me to waste my paper or ink.

Links for purchase of UNDERCOVER:

The rest of you, use Google. If that seems dismissive to you, please feel free to let me know, but to the best of my knowledge my books only really get noticed in the above territories.

Things you should know before you part with your hard-earned cash:

Did that all sound a bit grumpy? I've not allowed myself a weekend off in a while. Blame it on that.