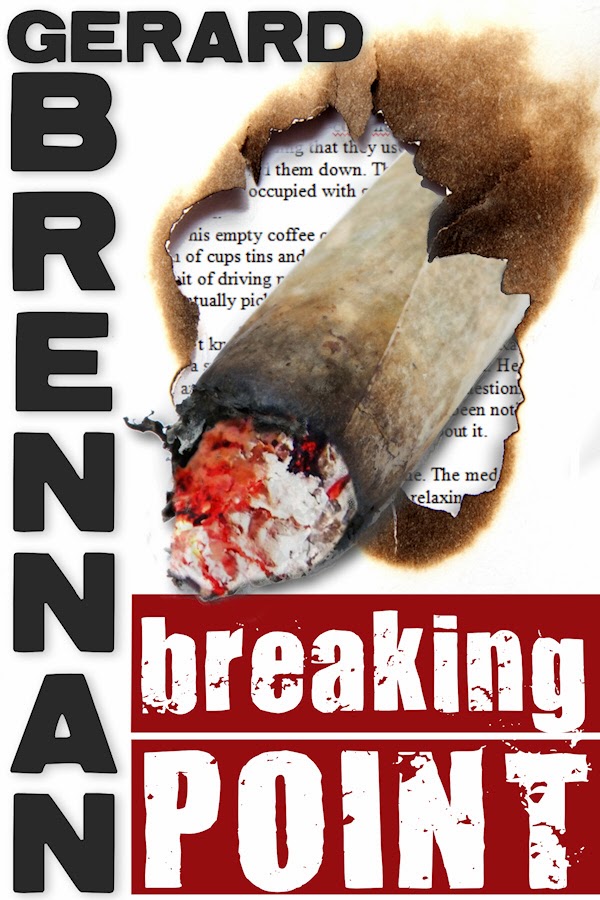 Can’t Get No Sleep
Brian Morgan stood by the side of the bed and looked down at his girlfriend. It wasn’t even midnight and she was dead to the world. Still breathing, but dead to the world.
He gripped the edges of his pillow tight.
Rachel O’Hare didn’t snore. Her breathing never seemed to catch a steady enough rhythm for it. At random intervals she made a noise, somewhere between a sigh and a moan. Brian wondered if that meant she was dreaming. And if so, did she suffer the same nightmares he did.
“I love you, Rachel,” Brian whispered, half-enamoured by the idea that she might be able to hear him. “But sometimes I don’t know whether to kiss you or kill you.”
And he meant every word of that shitty cliché.
Even if he didn’t have the guts to do the deed.
Brian gave his aching hands a rest and hugged the pillow to his chest. He studied Rachel in the faint strip of light cast by the bare bulb in the ensuite bathroom.
She still managed to look pretty, even with sleep-lines, a slack jaw and a string of drool running from the corner of her mouth to the pillowcase. Her face would convince the most cynical that she was one of the innocent ones. Brian knew different. So did his dead brother.
He rounded the bed and gently laid his pillow down on his side of the queen-size. On his way to the ensuite, the loose floorboard creaked. Rachel gasped and the mattress springs clicked and boinged.
“Brian?”
“Aye.”
“Coming to bed?”
“Going to the toilet.”
“Come to bed after.”
“Aye.”
He had no intention of trying to sleep. It didn’t matter. Rachel would have no recollection of asking him by the morning. They’d been through this more than once before.
Brian checked the mirror above the sink and ran his hand over the stubble on his head. He still wasn’t used to the look or the feel of his new haircut. The clownish curls were gone for good. He appeared older, harder and more serious than he felt. Maybe a little thinner too. He forced a smile and saw the ghost of his old self in the reflection. Then he let the well-worn frown take over again.
“More muscles to smile than frown? My hole.”
He threw some toilet roll into the bowl to soften the sound of his pissing. When he was done, he shook off and tucked in, but didn’t flush. He washed his hands, ignored the toothbrush and left the ensuite without pulling the cord to turn off the light. Rachel preferred to sleep with it on. It would suit him better if she didn’t feel the need to get up and turn it back on again.
Brian made it down the stairs with the balance and poise of an alley cat on a razor wire-topped wall. He knew by now which ones made the most noise and how much weight the handrail could take before the loosened spindles groaned.
In the kitchen, he closed the door gently, took a bottle of beer from the fridge and his tobacco tin from the medicine cupboard. He popped the beer open with his teeth and thumbed the lid off his tobacco tin. There was plenty of Golden Virginia, and a couple of packets of rolling papers. He didn’t realise he was so low on weed, though.

Stony Tony
Tony Barnes clicked pause on the instructional video. He backed away from his laptop to give himself enough space to perform the move. The Praying Mantis techniques seemed a little easier to pick up than the Crane styles he’d been studying the day before. The wide stance better suited his lower centre of gravity and there were fewer high kicks. He really needed to work on his flexibility. The ability to perform an impressive roundhouse kick was a must if he wanted to attract prospective students.
He held his hands up in a classic boxing guard then hooked his wrists so that his fully extended fingers pointed to the ground. Already he felt like the noble praying mantis. The technique looked dead flash without being too difficult. He’d download a few more of this particular kung fu master’s videos to emulate.
Tony unleashed a flurry of strikes. He wasn’t entirely sure, but he had a suspicion that he might break his own fingers if he hit somebody with his hands angled this way. That wouldn’t be good. He went back to the desk and took his spliff out of the ashtray. It needed to be relit. He sparked it, drew deep and thought about Praying Mantis kung fu. It looked the part, but he wasn’t totally sold that it would work for him. Still, it’d be a nice wee demo technique.Maybe try some Tiger style next.
Tony rattled the phrase into his search engine and clicked on the first result. It amused him that so many of these supposed kung fu masters were American. Where were all the little old wise Chinese men?
He bookmarked a video that featured a man with an impressive biker’s beard and a solid round gut that was just a little bigger than his own. The joint had burned down to the roach. He took a last pull that almost roasted his lips and held it in his lungs for half a minute. His vision darkened at the edges and he exhaled.
Time to roll a fresh one.
Tony pulled open the desk drawer to grab his bag of weed and his papers. He tutted when he saw that there was barely enough in there to fill a single-skinner. His stash was tapped out. He’d have to skim a little off the stock.
Don’t get high on your own supply? Bullshit. Spread the skim over enough baggies and he’d be sweet. A true stoner customer wouldn’t sweat it even if they did figure out their deal was a little light.
But he’d have to call Malachy about topping up his personal stock.
His mobile rang. He drew the knackered Nokia out of the pocket of his silk Chinese suit, checked the caller ID and smiled.
“Malachy. I was just thinking about you.”
“And did money feature in those thoughts?”
“Yeah, sort of. I need more stock.”
“You still owe me for the last three orders.”
Three? He hadn’t realised he’d gotten that deep into debt. He forced a confident and cheery tone.
“Yeah, yeah. No worries there at all, man. I’ll sort you out. Expecting the cash to flow in when I start this new thing I’ve gotten into. Soon as I get paid the money’s going straight to you.”
“You’re telling me to wait, then? Hold off a few days? Is that it?”
“I’d never tell you to do anything, Malachy.”
“Great. I’ll be there soon.”
Malachy cut the call and Tony slipped his mobile back into his pocket. He looked about his living room. The only thing of real value was his laptop. And it was a year old. Depreciating by the second. He needed it, too. It was his gateway to the world of kung fu. Without it, he couldn’t keep abreast of the techniques he would teach when he opened his club.


Tony hit play on the Tiger style video. He hoped to God it was effective and easy to pick up.

Want more? Visit the Blasted Heath website for ebook links.
But you might want to read The Point first.
Posted by Gerard Brennan at 12:00