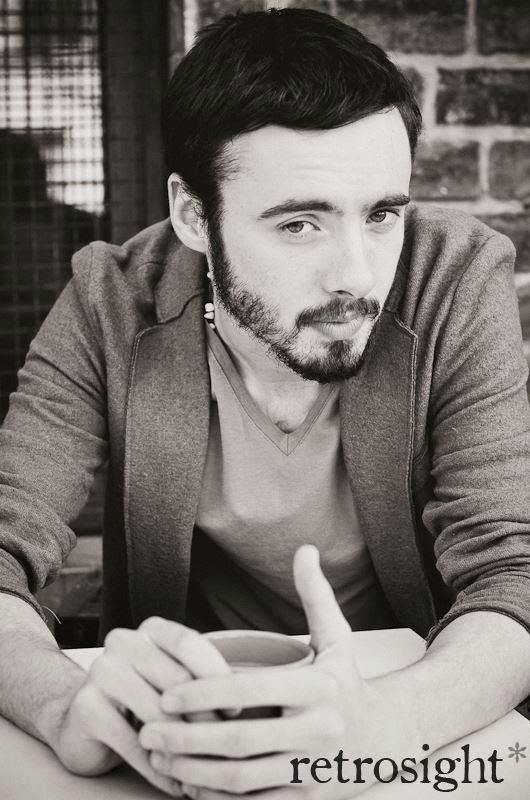 Belfast-based poet and recipient of the 2014 ACES Award from the Arts Council of Northern Ireland. His debut pamphlet “The Dyer’s Notes on Indigo” was released early 2013. He currently facilitates poetry workshops for INST Belfast.


What are you writing at the minute? I’ve actually just finished a piece for the Aspects festival. It was a long sequence set in the Garden of Eden, written from the perspective of Adam as he begins naming all things — pre-Eve. Kind of the birth of science. It’s been a tough auld trek. It’s one of those occasions when the subject matter becomes like traditional form — there’s an in-stone template you have to adhere to and it takes you directions you’d never usually consider. Can you give us an idea of Nathaniel Joseph McAuley’s typical up-to-the-armpits-in-ideas-and-time writing day? I find it near impossible to write in the day time. I forget sometimes though. If I’ve a deadline on the go there’ll be days I’ll near tear my hair out during the morning and afternoon trying to produce something. Once 6pm hits, I can usually get a good 3 hours of good writing done. So, the whole day kind of leads up to 6pm when I’ve a piece due. So, time’s not always a friend of mine — over the past year when I was able to buy the time, I’ve found it overwhelming. What do you do when you’re not writing? I’ve a real love of conversation more than anything — if I’m not writing I’m usually socialising. I’ve a pretty active spiritual life also. I’ve no real hobbies to speak of, any hobby I’ve ever had (music, poetry etc) has become a job, something to be thankful for.
Any advice for a greenhorn trying to break into the poetry scene? I’ve been asked this a few times recently — I still don’t know whether to answer and give the impression I’m not a greenhorn myself. I’d just say not to get caught up in the traditional ideas of what it is to be a poet — if you take yourself off into a forest to write your epic, fair play, but its perfectly fine to be cocktail bartender who loves Neil Diamond. Which writers have impressed you this year? I’ve spent this past wee while reading up on the Irish and British poetry that I should have been reading during my years in university, when I was more interested in North American and Afro-Caribbean poetry. So, Ted Hughes, Seamus Heaney and especially Michael Longley. What are you reading right now? I’m reading a great book about the history of gin and its social implications on 18th century London — Gin Glorious Gin, by Olivia Williams… Plans for the future? …for a new project — more on that later though. With regards to your writing career to date, would you do anything differently? I would have taken myself less seriously sooner. Do you fancy sharing your worst writing experience? Before I knew what constituted half decent poetry, I wrote a poem for a girl who was more than aware of was constituted half decent poetry. It was not a half decent poem.