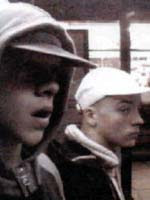 Last year I attempted to sell my novel, Piranhas, without the aid of an agent. I came very close to doing this, but suffered quite a setback when the deal was withdrawn at the eleventh hour. Yeah, well, every writer has his sob story. That was mine. Life's moved on. Since then, I submitted to and was rejected from most of the publishers on the island of Ireland and a few in England. The reason was more often than not cited as cautious business practices in a recession.

So, in January, I got pissed off with all that malarkey and decided to change tactics. I started looking for an agent.

Well, it gives me great pleasure to announce that I'm now officially represented by Allan Guthrie of Jenny Brown Associates. We've hit the ground running and already I've applied Al's suggested edits and changed the name of the gang my novel is based on, and in turn, the book's title. Piranhas shall henceforth be known as The Wee Rockets, unless a publisher asks me to change it again.

Allan Guthrie is a highly regarded writer and a successful agent. He's also a hell of a nice guy, so I know I'm going to enjoy working with him. Watch this space. Maybe some day in the near future, I'll announce the sale of my Belfast street crime story, The Wee Rockets.

Big, big congratulations, Ger. I hope this is just the start of your good news in 2009. Well done! :)

Congratulations! I am looking forward to your next step. And the one after that.
Arlene

Arlene - Cheers for that. I like a bit of optimism!

Fantastic. You have had a busy week, haven't you?

Seana - Seriously, I've been flat out. And that's before I even start talking about the meeting I had with Northern Ireland Screen about my screenplay and the networking I've been doing for my Sweety Bottle stage play. I need a cloning machine, or something.

Looking forward to it.

Adrian - Thanks. Hope you enjoy it.

And I appreciate your restraint.

So...a novel, a stage play, a screenplay and stories here and there... in a couple of years I'll be able to say "I knew him when he was a humble blogger" !

Only thing though, the wee rockets as a gang name doesn't exactly strike fear in the hearts of men...

Chris - Thanks, man. I'll be reading your latest on Beat to a Pulp on my coffee break tomorrow. Looking forward to it.

Marco - Thanks, pal. If I ever make it to your corner of the world we should chat over some pasta and a good chianti.

RE the wee Rockets - Hopefully their actions will make up for the understated name.

Yep, I've read Christa Faust and Sandra Ruttan among the Guthrieites. Also met Russel McLean briefly at Bouchercon, where Faust and Ruttan were on my team for the pub quiz. Hope you'll be able to join the team one of these years.

Who else does Guthrie represent?
==============
Detectives Beyond Borders
“Because Murder Is More Fun Away From Home”
http://detectivesbeyondborders.blogspot.com/

Fantastic news Gerard and well deserved. Hope you celebrated suitably over the weekend.

Peter - I know he represents Stona Fitch, Donna Moore, Anthony Neil Smith and Dave White. Dec Burke also signed with him recently. There's a list of fiction clients on the JBA website, that'll tell you who's looked after by who.

Brian - Thanks a million. I plan to celebrate until Tuesday, then I'm drying out for a while (and getting back to a decent writing pattern, hopefully).

If I ever make it to your corner of the world we should chat over some pasta and a good chianti.

Could be done-though where I live isn't exactly the part of Toscana renowned for good wines.
Maybe when you'll came to Italy on the occasion of the Italian translation of your novel...

Or we could all have a party in Tuscany when McKinty, the big ganch, is over there next year.
==============
Detectives Beyond Borders
“Because Murder Is More Fun Away From Home”
http://detectivesbeyondborders.blogspot.com/

Peter - True. Can't let the ganch have all the fun on his own.

I am making a prediction that the title for the American publication will not be 'The Wee Rockets'. But you seem adaptable, so all will be well. I wouldn't be surprised if it's 'Piranhas' over here,after all.

Seana - You may be right. We'll just have to wait and see (if and when it's published) but I'll be fine with it either way. A criminal gang of fourteen-year-olds by any other name seems just as scummy.

Well, it's early days, so we should leave it. Still, I predict that 'Piranhas' in some form might be the way it plays over here.

Gerard you might sell a lot of copies under the title Piranhas to people thinking it is a non fiction book on the banking system.

But congratulations and best wishes
Norm

Norm - Maybe I should base the sequel on white collar crime, then.

Thanks for the kind words and for stopping by.

Wow, Gerard, I know I'm a little late on this group big slap on the back-a-thon, but congrats! Ole "sunshine" Guthrie carries some serious weight! This year just seems to be coming up aces for you! Great job, man! I can't think of a writer more deserving!

Keith - Thanks a million. Very kind of you. I'm still celebrating, though this morning I'm thinking I could do with a break from that. Maybe do some actual writing this week too!