Make Some Noise For The Silent Dead

Claire McGowan's third Paula Maguire novel, The Silent Dead, was published today. And you'll find a post on her blog about this and the journey to the publication of her fifth(!) book in three(!) years.

And people thought I was prolific. Good to have somebody out there like Claire showing the rest of us how it should be done.

I look forward to catching up with Paula and the rest of the folks from Ballyterrin.

1 May, 2006 – a small town is shattered by a devastating bomb. 16 people die – yet the suspected bombers walk free.

2011- as the fifth anniversary approaches, the five terrorists disappear. And start turning up dead, killed in the same ways as their victims. Buried alive. Beheaded. Burned to death.

Paula Maguire, heavily pregnant and struggling, has to ask herself: does everyone deserve justice? And what does justice even mean when the victims are remorseless killers?

The third book in the Paula Maguire series sees her pushed to her limits, both at work and in her private life. Can she find the missing before it’s too late – when she’s not even sure if she should?


There's also been a tantalising tweet about Paula no. 4 today... Fair play to ye, McGowan. 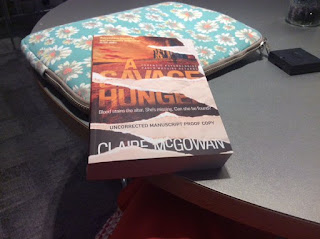