Edit 18/11/11 -- This number no longer works as described below. Apparently the number has now been hi-jacked for scam purposes. Thanks to the anonymous commenter who brought it to my attention. 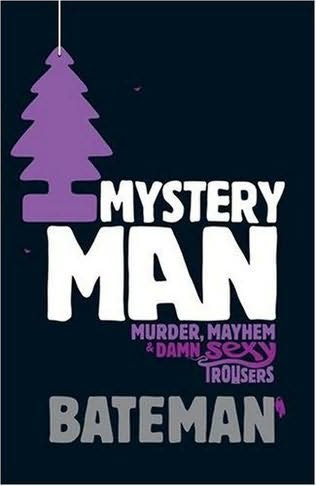 Even though I'm in the U.S., I'd give it a shot, but I don't have a cell phone, and I don't know anything about texting. But it sounds like a good promotion...

of course it didnt work for me.

but i still love it.

Seana and Adrian -- It's a pity you can't download it. Like I said in the brief post, it's cool to have something like that on your mobile. Now I'll have something to read on my phone when my mates go out for a smoke at the pub. I'm so sick of rereading old text messages when I'm sitting on my Jack Jones.

Since I don't have a cell phone, I'll be getting my Bateman fix the old fashioned way - when the mailman delivers the book (ordered all the way from the UK).

My eyes are too old to read anything on a cell screne, either way.

Did you guys hear about Richard and Judy show being cancwlled?

Josephine - You're better off with the book anyway. I imagine you'll want to finish this one.

But what's this about the Richard and Judy show? Did I miss something? Are you messing with me?

Garbage. This number is a known scam that charges premium rates to people's mobiles in the UK. Send at your own risk guys, it's your money.

The number did work as described back in 2009. I still have the chapter on my phone. But I thank you for bringing this to my attention, anon. I'll edit the post to keep people informed.