THE POINT is currently free on Kindle. That's kind of all you need to know, isn't it? Go download it, okay? Not convinced? Right, cover, copy and blurbs, then: 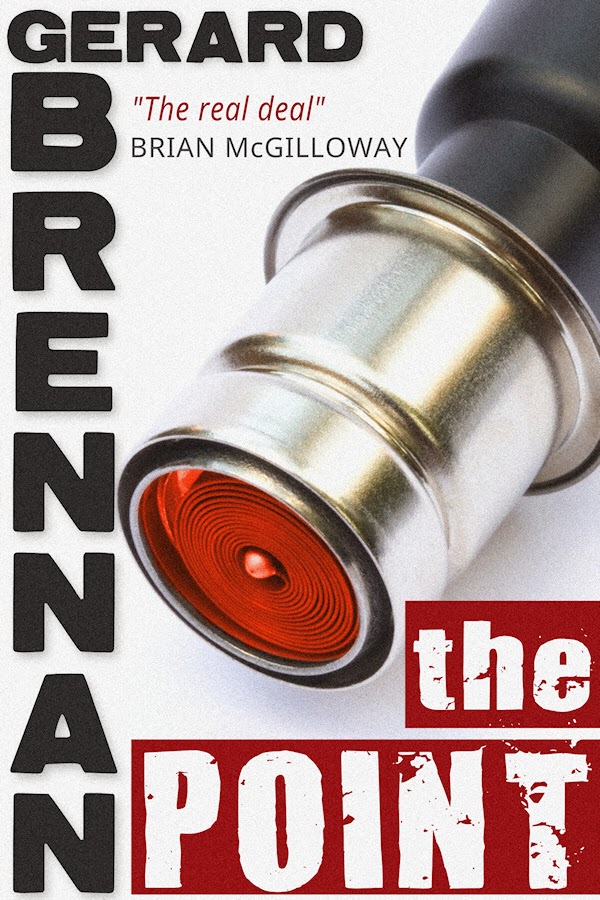 Paul Morgan is a bad influence on his brother, Brian. When Paul crosses one thug too many, the cider-fuelled duo flee Belfast for Warrenpoint, the sleepy seaside resort of their childhood memories. For Brian a new life in The Point means going straight and falling in love with Rachel while Paul graduates from carjacking by unusual means to low-level racketeering. Brian can't help being dragged into his brother's bungling schemes, but Rachel can be violently persuasive herself . . . and she isn't the only one who wants to see an end to Paul's criminal career.
THE POINT is a 27,000-word novella by the author of WEE ROCKETS and FIREPROOF.
*** coming very soon -- BREAKING POINT (THE POINT: 2) ***
What They're Saying About THE POINT
"The Point is the real deal — the writing is razor sharp, the characters engaging, the ending a blast. From start to finish it's true Northern Noir, crafted with style and wit." – Brian McGilloway
"The Point is top stuff. Engaging from the start, the characters are loveable, the story is strong and the pace never lets up." – Adrian McKinty
…a Coen Brothers dream, via Belfast… Gerard Brennan grabs the mantle of the new mystery prince of Northern Ireland…" – Ken Bruen
"It needs to be said that Gerard Brennan's The Point is terrific. Scorchingly funny, black humour at its finest and the most inventive car theft ever!" – Arlene Hunt
"Noir from Norn Iron! A lean slice of grindhouse from Belfast's new crime hack." – Wayne Simmons
Links:

UK (and Norn Iron)
US (and ROI)
Canada