Andrew Pepper at No Alibis Tonight! 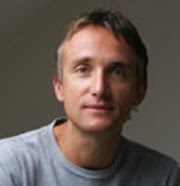 No Alibis invite you to celebrate the launch of Andrew Pepper's latest Pyke novel, BLOODY WINTER, on Wednesday 1st June at 6:30PM.

Andrew Pepper is a lecturer in American Writing and Contemporary Crime Fiction at Queen's University, Belfast. His first novel, THE LAST DAYS OF NEWGATE, was shortlisted for the CWA NEW BLOOD AWARD. He lives in Belfast with his partner and children.

A body is discovered in a ditch outside the town of Dundrum in County Tipperary. The local land agent tells Knox, a young Irish policeman with divided loyalties, that it is the body of a vagrant and that the landowner Lord Cornwallis wants the case dealt with swiftly and quietly. The potato crop has failed for a second time and the Irish people are dying in their thousands. However when Knox examines the corpse it is clear that this man died wearing a Saville Row suit. Keeping his investigations secret, it becomes clear to Knox that the stranger came from London. Three months earlier Detective Inspector Pyke receives a letter from the daughter of a family friend. She has married a wealthy industrialist who owns ironworks in Merthyd Tydfil and her son has been kidnapped. Lured by the promise of a substantial fee and wanting to escape the tensions of Scotland Yard, Pyke agrees to go to Wales to investigate. There, he discovers a town riven with social discord following the brutal suppression of a workers strike and the importation of cheap Irish labour. The kidnapping is linked to a group of rebels but Pyke soon begins to suspect the case is not as clear cut as it seems. What are the links between the rebellion in Wales and the unrest in Ireland, and has Pyke finally bitten off more than he can chew?

Unfortunately, I'm not going to make it to this event (Wee Oscar passed on a stomach bug to his mum, dear boy). I'd love to hear from anybody who does make it, though.