An Introduction to FIRST TO SCORE by GARBHAN DOWNEY

I wrote this piece in late 2004 for a book of short stories I was finishing, called Off Broadway (Guildhall Press, 2005). The collection, set in the North’s post-ceasefire underworld, owes considerable stylistic debt to New York’s finest son Damon Runyon. And in deference to the master, most of the yarns were blackly comic escapades, loosely based on unprintable stories I’d come across as a working journalist.

First to Score was a little different. As a ten-year-old Horslips fan, I’d become enthralled by the legend of Diarmaid and Grainne after hearing their take on the story in the song Warm Sweet Breath of Love (Book of Invasions, 1976). So, almost thirty years on, in a bid to leave a subtle Celtic stamp on my new book, I thought it’d be fun to transfer the couple’s doomed elopement to present-day Derry, to see if they’d fare any better. 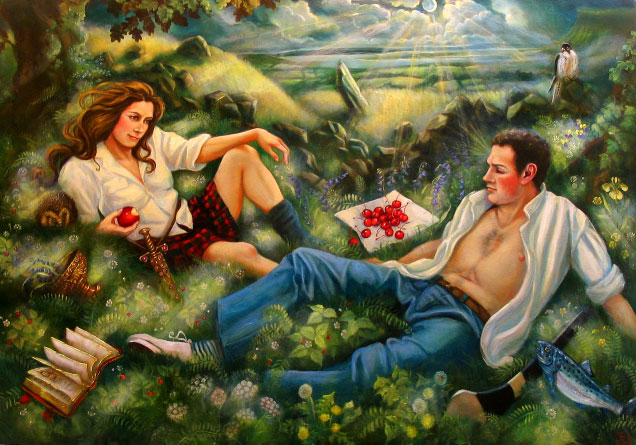 Requiems for the Departed is now available worldwide, with a 28% discount in the US through Barnes & Noble and free shipping worldwide through The Book Depository. So no matter where you are in the world, you can get your hands on some top quality Irish Crime and Irish Myths easily! Our paperback edition is also still available at the Morrigan Books site too, along with the limited edition hardback (now down to less than 30 copies available).

Labels: FIRST TO SCORE, Garbhan Downey, Requiems for the Departed