The Point on Kindle 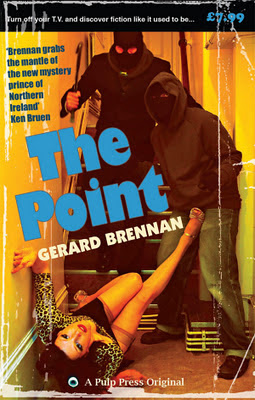 Here it is! My first Kindle outing.

The Point, a novella by Gerard Brennan

Small time crook Paul Morgan is a bad influence on his brother, Brian. When Paul crosses one thug too many, the cider fuelled duo flee Belfast for Warrenpoint, the sleepy seaside resort of their childhood memories. For Brian a new life in The Point means going straight and falling in love with Rachel while Paul graduates to carjacking by unusual means and ‘borrowing’ firearms from his new boss. Brian can’t help being dragged into his brother’s bungling schemes but Rachel can be violently persuasive herself . . . and she isn’t the only one who wants to see an end to Paul’s criminal career.

No Alibis Bookstore and Strange Victory present an evening of spoken word and music with The Willard Grant Conspiracy and Ian Rankin on Friday 11th and Saturday 12th November at 8:30PM. Doors for this unique event mixing the finest in Indie Americana with the best of writing in the crime genre will open at 8:00PM. Tickets are now on sale, priced £12.50 (£8.50 concession) for each night.

We're pleased to announce that BBC Radio Ulster’s Ralph McLean will be on stage, interviewing Robert and Ian. Ralph will be in his element as a lover of all things Americana and a devotee of Crime Fiction.

Willard Grant Conspiracy is an alt-country band currently based near Palmdale, California. Originally formed in 1995 in Boston, Massachusetts by Robert Fisher and Paul Austin, the band operates as a collective, with vocalist Fisher the only permanent member. Up to thirty other musicians occasionally contribute to the band, both in the studio and during live performances.

The band toured extensively in 2005 and 2006 visiting twenty-three countries, including a showcase at the South by Southwest music festival. Fisher's voice and Americana style have been compared to both John Cale and Johnny Cash, with most songs being acoustic. Their 2003 release Regard The End, featuring Kristin Hersh as well as Chris Eckman of The Walkabouts, received critical acclaim with UNCUT magazine naming it album of the month.

Ian Rankin needs no introduction...born in the Kingdom of Fife in 1960,he graduated from the University of Edinburgh in 1982, and then spent three years writing novels when he was supposed to be working towards a PhD in Scottish Literature. His first Rebus novel was published in 1987, and the Rebus books are now translated into twenty-two languages and are bestsellers on several continents.

His latest novel “The Impossible Dead”, will be available on the night and Ian will of course be signing copies. 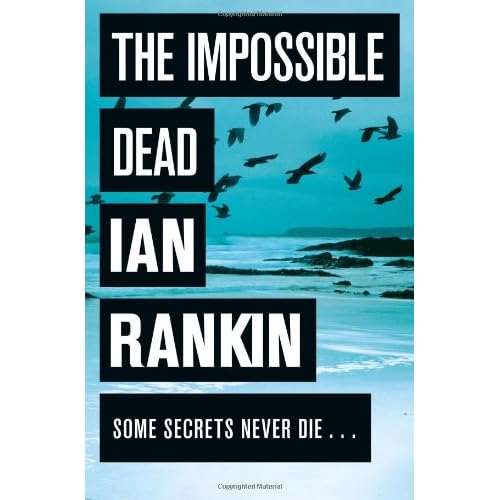 Malcolm Fox is back...

Fox and his team are investigating whether fellow cops covered up for Detective Paul Carter. Carter has been found guilty of misconduct, with his own uncle - also in the force - proving to be his nemesis. But what should be a simple job is soon complicated by a brutal murder and a weapon that should not even exist.

A trail of revelations leads Fox back to 1985, a year of desperate unrest when letter-bombs and poisonous spores were sent to government offices, and kidnappings and murders were plotted. But while the body count rises the clock starts ticking, and a dramatic turn of events sees Fox in mortal danger.

TV presenter, Radio DJ, respected arts commentator, producer, scriptwriter and newspaper columnist; Ralph has done it all in his impressive career. His life long passion for music and the arts has served him well as the popular presenter of entertainment TV shows such as First Stop, 11th Hour, Belfast Festival At Queens and many more.

On radio he has presented his own two hour roots show, the ever popular McLeans Country, for more than five years now on BBC Radio Ulster and made more series and one-offs than even he cares to remember.

He is 6 feet 4 inches tall and dreams of the day that Liverpool FC will win the Premiership.

Well a man can dream can’t he?

We expect this event to be very popular, so avoid disappointment and book your tickets now. Tickets can be obtained directly from the Crescent Arts Centre's event page.
Posted by Gerard Brennan at 13:36 No comments: 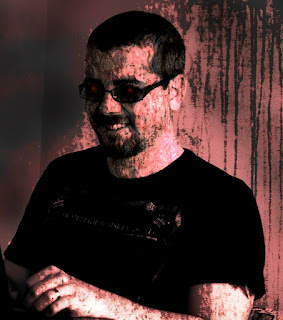 But hey! I won't end this on a bum note but instead (big surprise) I'll make this post all about me and my writing -- here's a link to the super swanky Blasted Heath website. Have a wee look around and you might find a little bit of it with me reading from Wee Rockets. Or just go here and you will find it.
Posted by Gerard Brennan at 23:05 4 comments:

Thought I'd rattle out a short blog post for those interested in how the No Alibis launch went last night. It will be short, though. I've to get to Uni pretty soon and things might get uncivilised here after this episode of Barney ends.

Anyway, thanks, as always, to Dave Torrans who let me and Arlene take over his shop for the evening. No doubt the talented and successful Ms. Hunt is well used to this sort of thing but it was a real treat to act like a proper writer for a few hours and sign copies of the book. Was delighted to see Sheila, Martina and Michael from the MA there as well as some of my favourite writers, Stuart Neville and Ian MacDonald (too surreal and awesome for words). And of course, I have a tonne of gratitude for the family and friends who took the time and spent the money. I'm a lucky guy.

Great night. Thank you to all who came.