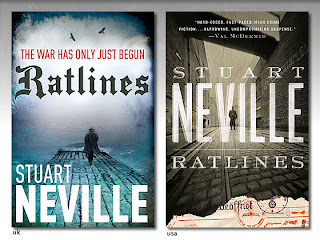 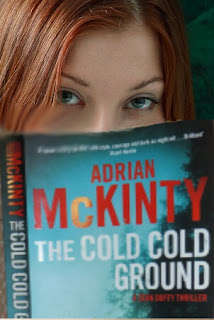 Posted by Gerard Brennan at 15:06 No comments:

It's an oldie but a goodie. Following the unfortunate demise of Pulp Press, THE POINT is now available on Kindle once more, thanks to those Blasted Heathens, Al and Kyle. Really excited about this and chuffed by the new cover. Anybody who's read it should get the significance of the image right away. If you haven't read it, now's your chance for a measly 99p. You can't even get an ice cream with a flake in it for that these days.

Anyway, said cover, a blurb and some nice things said by some rather splendid writers:

Paul Morgan is a bad influence on his brother, Brian. When Paul crosses one thug too many, the cider-fuelled duo flee Belfast for Warrenpoint, the sleepy seaside resort of their childhood memories. For Brian a new life in The Point means going straight and falling in love with Rachel while Paul graduates from carjacking by unusual means to low-level racketeering. Brian can't help being dragged into his brother's bungling schemes, but Rachel can be violently persuasive herself . . . and she isn't the only one who wants to see an end to Paul's criminal career.
THE POINT is a 27,000-word novella by the author of WEE ROCKETS and FIREPROOF.
What They're Saying About THE POINT
"The Point is the real deal — the writing is razor sharp, the characters engaging, the ending a blast. From start to finish it's true Northern Noir, crafted with style and wit." – Brian McGilloway
"The Point is top stuff. Engaging from the start, the characters are loveable, the story is strong and the pace never lets up." – Adrian McKinty
"…a Coen Brothers dream, via Belfast… Gerard Brennan grabs the mantle of the new mystery prince of Northern Ireland…" – Ken Bruen
"It needs to be said that Gerard Brennan's The Point is terrific. Scorchingly funny, black humour at its finest and the most inventive car theft ever!" – Arlene Hunt
"Noir from Norn Iron! A lean slice of grindhouse from Belfast's new crime hack." – Wayne Simmons

It'll also be available on Nook US, Kobo and Apple in the next week or so. Get some!

By the way, have you signed up for the Blasted Heath newsletter? You really should.
Posted by Gerard Brennan at 18:14 3 comments:

The good folk at Blasted Heath have got a web page dedicated to WEE DANNY and links to all the websites it's available from: Kindle, Kobo, Apple, etc. Click here and see if they can accomodate your e-reader/tablet of choice.

But if you need a little more convincing to part with your dollars (or a fifty pence coin in the cases of Amazon and Apple) have a look at these links to awesome blogs that have either interviewed me, reviewed WEE DANNY or both.

Just A Guy That Likes To Read -- interview and review.

Do Some Damage -- interview.

I'll add to this list as and when, depending on luck and kindness.
Posted by Gerard Brennan at 13:40 No comments:

Author Craig Wallwork posted an interesting article on his Facebook page today. It concerns creativity and addiction for the most part, and how the two seem to be connected. Read it here, if your interest is peeked.


I'll put my hand up and admit that I don't do the addiction myth in writers any favours (or I do it too many favours depending on your POV). Check my Twitter timeline and you'll see references to booze, the odd picture of a particular tipple that I'm just delighted to be enjoying and conversations with real-life friends about meeting up for a drink.

While I'm being honest, I do go through periods of drinking too much. And I have to correct my behaviour from time to time. I can do that, I'm lucky. But in the back of my mind I have an image of an elastic band. You can only stretch it so many times before it shows signs of wear. Eventually it'll snap. You heard of the saying, "The devil's greatest trick was to convince the world he didn't exist," right? And drink is the devil's vomit according to some.


Don't worry. All this talk of the devil isn't my way of turning to religion for guidance. I'm Irish. We talk about devils and fairies at the drop of a hat. A big green hat with a black band, gold buckle and shamrocks hanging off the brim.

But I do want to highlight another saying that is attributed to a writer of godlike status in many minds. Not mine, by the way, but that's more to do with a deficit in my reading. I mean, I've heard he can sling a word or two.

A friend of mine knows far more about Hemmingway than I do. Has studied his work and his reputation. He reckons ol' Ernie was full of shit on that one. Granted, this friend no longer drinks, so that may have coloured his perception. On the other hand, I was delighted to hear him challenge it.


If you've read as much Stephen King as I have, you'll have encountered the legend that he doesn't remember writing CUJO due to drink and drugs. Something he regrets, naturally. My impish nature is tempted to suggest that that doesn't sound too bad to me. Go on a bender and still produce a book that became a movie? One that still gets referenced today when people see big, mean dogs? Have that little nugget of badassery in your past?

But then family man me thinks about the other stuff Mister King must have missed. And it makes me a bit sad.

Now, I don't talk for every writer out there. A lot of the time, I'm too distracted or busy to talk for me. Occaisionally, I'm way too drunk to talk for me, but that doesn't stop me if you bump into me. Apologies in advance and in hindsight to all those that suffered my booze-breath and disjointed conversations. But right here, right now, I'm sober, coffee-buzzed and looking forward to a couple of cold ones later. Because I don't plan to write tonight or tomorrow morning.

Yeah, writers should write every day. I don't.

There are plenty of things I should do that I don't.

There are only so many things I can't do when I decide I want to do them, though. I can't watch an adult eat a banana without giggling (I know, I'm suitably abashed, but bananas are for kids and monkeys, people) and I can't write when I'm drunk. Not won't, not don't, just can't.

And I thank the God that may or may not exist for that.

Writing is work. Work that I enjoy. Even so, work first, play later.


And consider the notion that the devil might actually exist.
Posted by Gerard Brennan at 13:58 No comments:

Reflections on The Sweety Bottle

It’s a bittersweet thing when your play comes to the end of its run. I’ve felt it a number of times now for The Sweety Bottle. We were spoiled by that first outing (thanks again to ACNI) and yet I experienced a wee sense of loss after it finished up at The Roddie McCorley Club (where I saw it in all of its glory for the very first time). Then again at the end of its run at The Baby Grand. And once more after it finished its regional tour. I only caught the Downpatrick date (where it brought down the house), but it was really lovely to think about the play out and about on its own. Like the idiot teenage son you kicked out of home for his own good. Basically, the words I penned with my da were making people laugh while I chilled on my sofa. Mind-bending.

And then last week we had a dig at the big stage in The Grand Opera House. Let me repeat; The Sweety Bottle rocked the GOH auditorium…

I stopped writing this for ten minutes to really appreciate that. Thousands of people saw the play last week. THOUSANDS!

So, thank you to Tony Devlin and all the Brassneckers who brought it from the page to the stage. Niall Cullen told me it would happen after that first night at the Roddie’s. I believed him but didn’t appreciate the gravity of his promise. And thank you to the actors who put their hearts and souls into the performance, night after night. Marty Maguire, Katie Tumelty, Lalor Roddy, Ciaran Nolan, Gerard Jordan and Gordon Fulton… youse are buck-loop and utterly brilliant. I’ll be dropping your names like hot spuds for the rest of my writing career.

And Carolyn Stewart at U105… Your cheque’s in the post.

Special thanks to the extended Brennan family for all the support. The play honours my grandfather and grandmother, and by extension, their legendary brood. I couldn’t ask for more.

Actually… I wouldn’t say no to another run. Just saying.
Posted by Gerard Brennan at 12:50 6 comments: