No Alibis Bookstore is pleased to invite you to an evening with Adrian McKinty on Wednesday 11th June at 6:00PM, to celebrate the launch of his latest novel, THE BLOOMSDAY DEAD.
Adrian McKinty was born and grew up in Carrickfergus, Northern Ireland, when terrorism in Ulster was at its height. Educated at Oxford University, he then immigrated to New York City, where he lived in Harlem for five years, working in bars and on construction crews, as well as a stint as a bookseller. He is the author of Hidden River and Dead I Well May Be, which was short-listed for the Crime Writers' Association Ian Fleming Steel Dagger Award. He lives in Denver, Colorado.
Michael Forsythe might be unkillable, but that doesn’t seem to deter people from trying. He’s living in Lima, reasonably well-hidden by the FBI’s Witness Protection Program, but Bridget Callaghan, whose fiancé he murdered twelve years ago, has an enduring wish to see him dead. So when her two goon assassins pass him the phone to speak to her before they kill him, Michael thinks she just wants to relish the moment. In fact, out of desperation, she is giving him a chance to redeem himself. All he has to do is return to Ireland and find her missing daughter. Before 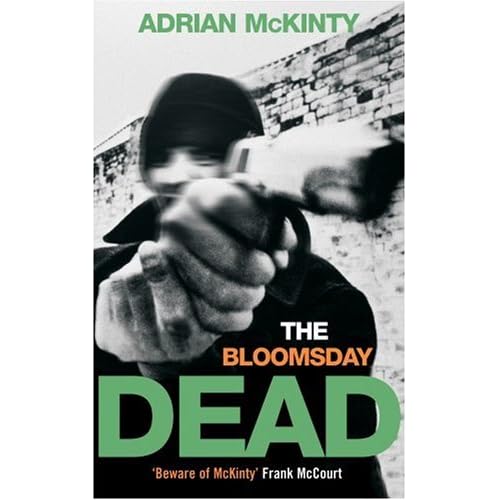 Tenacious and brutal, with the hunted man’s instinct for trouble, Forsythe leaves a trail of mayhem as he tries to end the bloody feud once and for all. The Bloomsday Dead pulsates with break-neck action and wry literary references; McKinty’s distinctly Irish voice packs a ferocious punch.

To book a spot for this event, call the store on 9031 9607 or email David.
Adrian will also appear at Big Green Bookshop in Wood Green on Friday 13th at 6.30pm.

Mike - yes he does. But wait until you meet his character, Michael Forsythe. Hardest bastard in crime fiction.