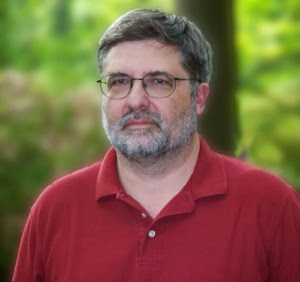 Detective Nick Forte, the hero of ASmall Sacrifice, has military experience in his background. Not a lot is made of it, but there are elements that help to shape his character between the lines, especially in later books. It stems from my at least partial adherence to the hoary adage, to “write what you know.”

I don’t say much about my time in the United States Army, mainly because I was in a band stationed at Fort McPherson, Georgia. Basically, Atlanta. We performed post ceremonies, did gigs in and around Atlanta, and traveled a few times a year for up to three weeks. Our most hazardous “mission” was to fly in the cargo hold of a C-130 to the Virgin Islands for a Veterans Day concert.

I was a “soldier” in only the broadest definition of the term. Real soldiers have jobs that place them at risk as a matter of course. I did get to spend some time around real soldiers—my drill sergeants were all Vietnam veterans, most of them from the same Air Cavalry outfit depicted in Apocalypse Now, which came out right before I left for basic—and I had the presence of mind to appreciate a chance like this would not pass my way again. I paid attention, asked questions when opportunity presented.

When I first came up with the idea of Nick Forte, I wanted to leverage as much of my experience as I could. We’re both “recovering” musicians with minor military backgrounds. His takeaway from the service—as was mine—is not of the flag-waving, “making the world safe for the American Way of Life ™, American Exceptionalism means we can do what we want” attitude so often portrayed in books, movies, and politics today, but the attitudes of the common soldier. He fights for the men on either side of him, trusting them to fight for him. He keeps his weapon clean and his mind clear under incredible stress, for his mates as much as himself. He may not have a lot of friends, but those he has he trusts with his life, and will exchange his for theirs if called upon. He also will place the task at hand—his mission—above his personal safety. He doesn’t advertise this—beware the man who wears any conviction too much on his sleeve—shows it through his actions. It’s far more deeply embedded in Forte’s psyche than in mine, if only because I routinely place him into at least one life-or-death situation per book.

My small experience with actual boots-in-the-mud soldiers piqued my interest and led me to books and movies that looked at things more from that perspective. Band of Brothers, Generation Kill (both the books and the TV series), Saving Private Ryan, and many non-fiction choices. A downside is, I can’t watch The Longest Day anymore without cringing; soldiers don’t make speeches like that.


The upside is, I hope this has given me an appreciation, if not an understanding, for the mind-set of a combat soldier. (Though I hate the idea of “You have no idea what’s it like unless you’ve done it” in general, I feel safe in saying no one who has not been in combat can truly “understand” what it’s like.) I know it’s helped to make Nick Forte a richer character in my imagination; only readers can decide if I have been able to transfer that to the page. 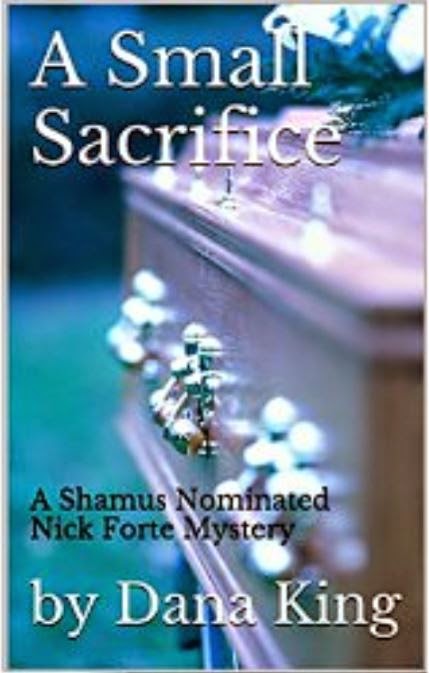 Short additional note from Gerard - A Small Sacrifice and 3 other Dana King books can be nabbed for free for the next few days. Be quick. Get yours now!
Posted by Gerard Brennan at 20:53

A nice look into the background material for Nick Forte.

I think you are selling yourself a little short as a soldier, though. Like my parents, though unlike me, you did serve your country. Neither of them saw combat either though they were both enlisted at a time of war. Although I do agree that combat is a separate experience, it isn't the only one that makes your contribution valuable.

Thanks, Seana. I used to make even less of it, until one day I was shooting the breeze with a career Naval officer. He asked if I'd been in the service, and I gave whatever dismissive answer I usually gave at the time.

I took that to heart, though still never comparing my service to those who were placed in jeopardy.

I think that's a respectful distinction. But when my mom died a few years ago, it was the U.S. military that contacted us after seeing her obituary and told us that she was entitled to a color guard and taps at her funeral, not the other way around.

We didn't end up being a military family, but for various reasons we were very happy to have them come to the service and perform this last rite.