The Fall is Coming...

There's a new Northern Irish crime fiction writer on the scene, folks. Claire McGowan was kind enough to stop by for a Q&A last week and introduce herself to the CSNI readers. She grew up in a village just a few miles away from The Point, she has fine taste in puppies (hi, Eddie the Beagle) and she's got a blurb from Peter frickin' James! Her book comes out in February and I for one am looking forward to it. Check it out: 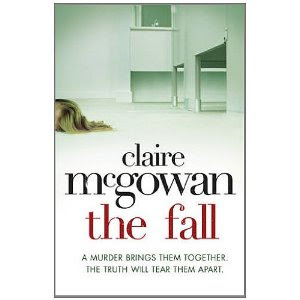 'One of the very best novels I've read in a long while...astonishing, powerful and immensely satisfying' - Peter James

What would you do if the man you love was accused of murder?

Bad things never happen to Charlotte. She's living the life she's always wanted and about to marry wealthy banker, Dan. But Dan's been hiding a secret, and the pressure is pushing him over the edge. After he's arrested for the vicious killing of a nightclub owner, Charlotte's future is shattered.

Then she opens her door to Keisha, an angry and frustrated stranger with a story to tell. Convinced of Dan's innocence, Charlotte must fight for him - even if it means destroying her perfect life. But what Keisha knows threatens everyone she loves, and puts her own life in danger.

DC Matthew Hegarty is riding high on the success of Dan's arrest. But he's finding it difficult to ignore his growing doubts as well as the beautiful and vulnerable Charlotte. Can he really risk it all for what's right?

Three stories. One truth. They all need to brace themselves for the fall.
Posted by Gerard Brennan at 21:05

I haven't heard of this one before, but it sounds like my kind of book. Thanks for the recommendation! :)